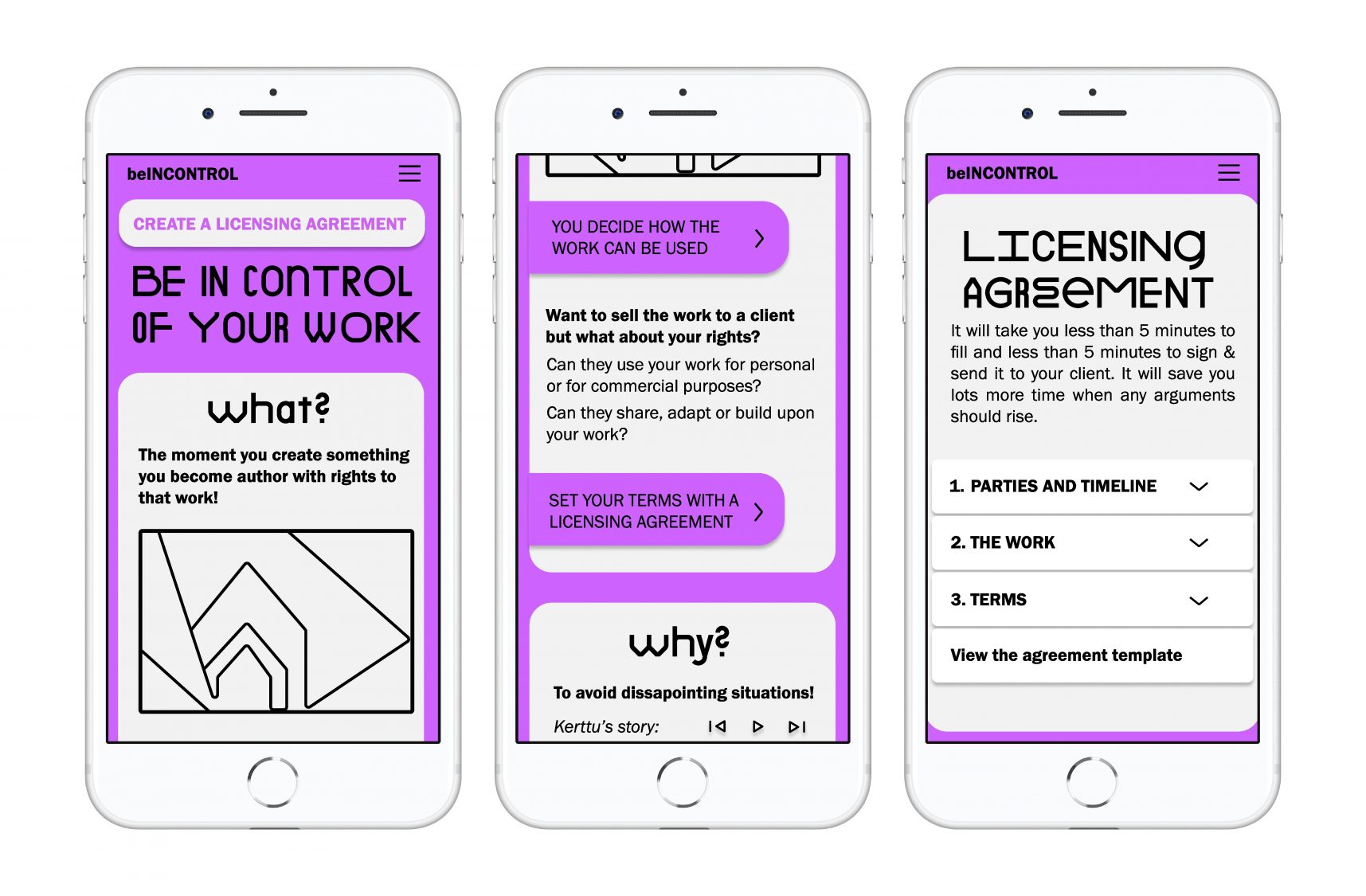 How to have less “We didn’t know we were supposed to ask your permission for changing the work we bought from you” situations?

The topic of my research is copyright and creative people’s rights to their work. I was looking into situations when creatives lose control over their work and thing start to go wrong – their rights get violated.

I used semi-structured interviews to gather data from creatives and additionally had conversations with creative’s clients and people who work with creatives. From there I phrased the problem:
Creatives lose control over their creative work when the work is ready and handed over. Why? The rules are not clear for the clients and are not explained by the creatives. Plus there is a poor understanding of copyright and somewhat leftovers of Soviet mentality in Estonian society.
How might we give creatives control over their work by helping them to easily communicate how their work can be used by their clients?

I narrowed my target group to creatives who are not experienced in legal contracts.
The proposed solution is a prototype of an application that:
– Gives information and examples of why it is important to sign licensing agreements between creative and the client;
– Helps creatives by filling out a form to create a licensing agreement.

The small change this intervention brings – when creatives start signing licensing agreements with friends and familiar clients – doing something they didn’t do before – they will be protecting themselves and educating their clients. From there I see a bigger, long-term change – a better understanding of creatives’ rights in the society.

“I designed a logo for a friend’s business. Did it cheaply and without any contract of course. Then saw on Instagram they had taken some bits of the logo and used it for another design. I asked them to stop using it because we had no such agreement. But they replied rather aggressively that as they had bought the logo they can do whatever they want with it. Now I’m doing contracts even with friends.”

“I did a photoshoot with a band for their social media and later discovered they had used the photos for band merch design. If I had known they would do that, I would have calculated the fees differently. And it never occurred to them, they should ask my permission for it. I was disappointed. I’ve learned to ask questions now – about how the client is planning to use the work. “

“You don’t rent an apartment without a contract, do you?? It’s like such a basic life rule that should be implemented in creative work-life situations as well. And it’s up to the creatives to educate their clients who in most cases have no idea about copyright rules.”

IxD.ma is an international master's program in Interaction Design at the Estonian Academy of Arts.
We focus on human interactions with services, products and experiences.
ixd@artun.ee · +372 5687 5058 · Põhja pst 7, Tallinn, Estonia